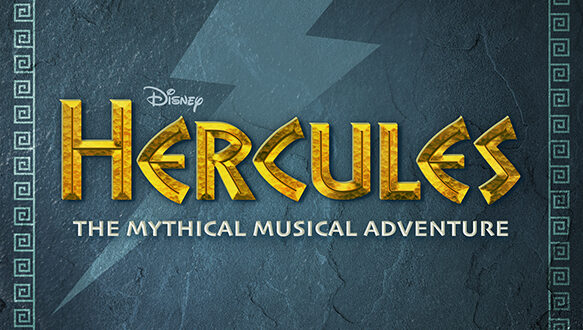 It’s a terrific twist of fates! The inspired Disney animated film is now a mythical new musical adventure. Hercules is the divinely funny story of an honest-to-Zeus hero on a quest to discover who he is and where he belongs. Is love a possibility too? Oh, Hades, yes!

The roof-raising score by Alan Menken and David Zippel features all the hits you love from the film, including the Oscar®-nominated song “Go The Distance,” as well as “Zero to Hero” and “I Won’t Say (I’m in Love),” along with new songs written for the stage. The show features a new book by Tony Award® winner Robert Horn (Tootsie) and Kwame Kwei-Armah (artistic director of London’s Young Vic), and direction by Obie Award-winning Lear deBessonet.