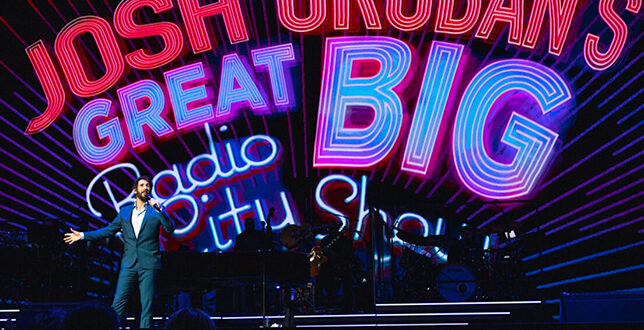 Grammy, Emmy and Tony Award nominee Josh Groban returns to New York City’s famed 6,000-seat theater for an evening of hits, humor and heart. Recorded in April 2022, the concert is a celebration of the arts and serves as Groban’s love letter to New York City. The internationally acclaimed musician shares personal anecdotes and is joined by a full orchestra to perform his signature hits including “You Raise Me Up” as well as musical theater favorites “The Impossible Dream” and “Bring Him Home.”