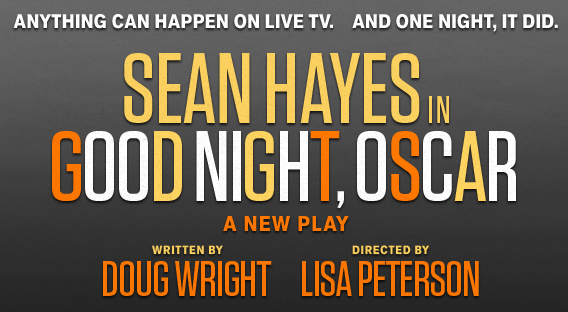 Anything can happen on live TV. And one night, it did. Emmy Award-winning actor and producer Sean Hayes (Will & Grace) stars as the irrepressible Oscar Levant.

It’s 1958, and Jack Paar hosts the hottest late-night talk-show on television. His favorite guest? Character actor, pianist and wild card Oscar Levant. Famous for his witty one-liners, Oscar has a favorite: “There’s a fine line between genius and insanity; I have erased this line.” Tonight, Oscar will prove just that when he appears live on national TV in an episode that Paar’s audience—and the rest of America—won’t soon forget. Good Night, Oscar explores the nexus of humor and heartbreak, the ever-dwindling distinction between exploitation and entertainment, and the high cost of baring one’s soul for public consumption.

Good Night, Oscar is appropriate for ages 14 and up. It contains mature themes.