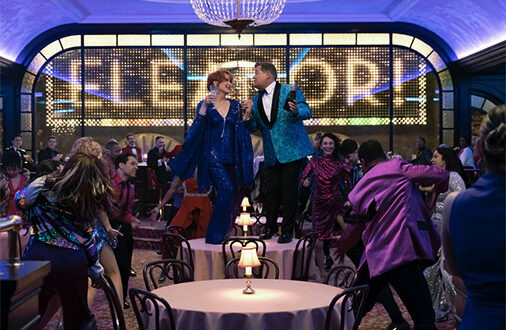 The Prom on Netflix

“The Prom” Debuts on Netflix on December 11

Meryl Streep leads the film as Dee Dee, a Tony Award-winning actress who, along with her partner (James Corden) stars in a musical about Eleanor Roosevelt, endures a professional setback after their latest project flops. Teaming with veteran showgirl Angie (Kidman) and another actor, Trent (Andrew Rannells), the group travels to small-town Indiana to help Emma and her girlfriend (Ariana DeBose) push back against their high school’s controversial decision to bar them from attending their senior prom as a couple.