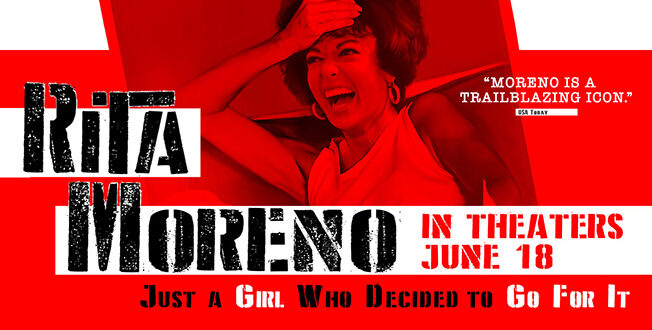 “Rita Moreno:  Just A Girl Who Decided to Go For It” premiers in US theaters on June 18th.  Directed by Mariem Pérez Riera, the film chronicles Moreno from her early years in Puerto Rico through her childhood as an immigrant in New York City and the racial bias she faced in the studio system, while breaking down barriers and overcoming sexism and identity discrimination with integrity.  Rita Moreno is an EGOT winner.

More Information –>> “Rita Morneo:  Just a Girl Who Decided to Go For It” to air on PBS late summer