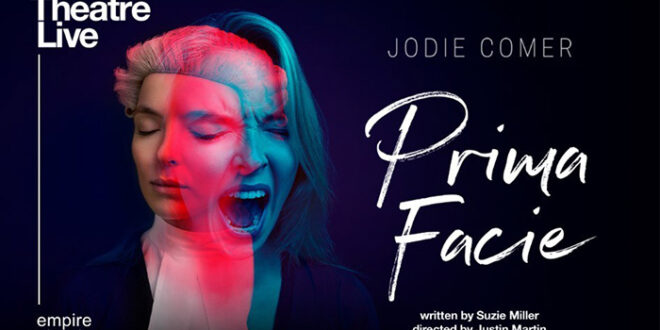 Tessa is a young, brilliant barrister. She has worked her way up from working class origins to be at the top of her game; defending; cross examining and winning. An unexpected event forces her to confront the lines where the patriarchal power of the law, burden of proof and morals diverge. Prima Facie takes us to the heart of where emotion and experience collide with the rules of the game.

I am delighted that our production of Prima Facie will be available to watch in cinemas across the world. Alongside our ticketing initiatives this is another way that we can make sure that this play is accessible to anyone that would like to see it. – Jodi Comer

This performance will be filmed live on stage in London’s West End, at the Harold Pinter Theatre.

The production is designed by Miriam Buether, with lighting by Natasha Chivers, sound by Ben and Max Ringham, music composed by Rebecca Lucy Taylor and produced by James Bierman for Empire Street Productions.