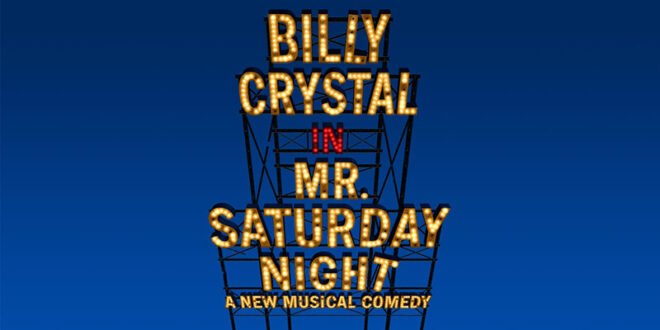 Tony and Emmy Award winner Billy Crystal stars in a presentation of a new musical in development, Mr. Saturday Night, on the Boyd-Quinson Stage (30 Union Street) for nine performances only, October 22–24 and October 26–30.

A new musical comedy, Mr. Saturday Night is about one man’s meteoric rise to the middle. The musical is a work in development and will be presented with minimal set and costume pieces.

Mr. Crystal returns to the role of stand-up comedian ‘Buddy Young Jr.’ that he played in the original 1992 Columbia Pictures film of the same name, which also marked his directorial debut. He co-wrote the screenplay with Lowell Ganz and Babaloo Mandel who have been writing together for over 40 years on such films as Splash, Parenthood and City Slickers. Crystal, Ganz and Mandel have written the book for the new musical.

Based on the Castle Rock Entertainment motion picture, Mr. Saturday Night, written by Lowell Ganz and Babaloo Mandel and based on a concept by Billy Crystal. By special arrangement with Warner Bros. Theatre Ventures.