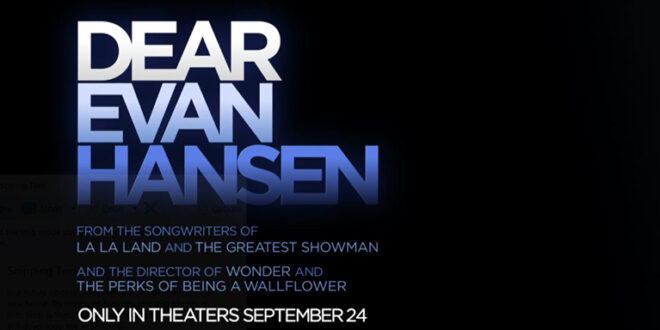 All his life, Evan Hansen has felt invisible. But when a tragic event shocks the community and thrusts him into the center of a rapidly evolving controversy, Evan is given the opportunity of a lifetime: the chance to be somebody else.


Featuring Grammy winning songs, including the iconic anthem “You Will Be Found,” “Waving Through a Window,” “For Forever” and “Words Fail”

Directed by acclaimed filmmaker Stephen Chbosky (The Perks of Being A Wallflower, Wonder), the film is written for the screen by the show’s Tony winner Steven Levenson with music and lyrics by the show’s Oscar®, Grammy and Tony-winning songwriting team of Benj Pasek & Justin Paul (La La Land, The Greatest Showman).