Internationally famous for her powerhouse voice and perfect pitch, Lea Salonga burst onto the Broadway musical scene with her 1991 Tony Award-winning performance as Kim in Miss Saigon. In addition, Salonga has been honored with the Olivier, Drama Desk, Outer Critics Circle and Theatre World awards for her work in the theater. Salonga was also the first Asian cast to play Eponine in the musical Les Misérables on Broadway. Most recently, Salonga starred in the Tony Award-winning 2017 revival of Once on This Island. GREAT PERFORMANCES presents Salonga in peak performance with the Sydney Symphony Orchestra at the Sydney Opera House, singing a selection of songs from her Broadway career as well as her hits from the animated movie blockbusters Aladdin and Mulan.

Share
Previous Tina Fey to Host “One Night Only: The Best of Broadway” on NBC December 10
Next Broadway’s “Diana: The Musical” Heading to Netflix Prior to Resuming in New York 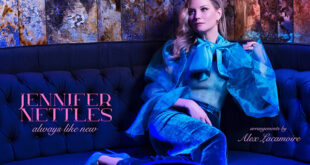 FILM: “Rita Moreno: Just a Girl Who Decided to Go For It” in Theaters June 18