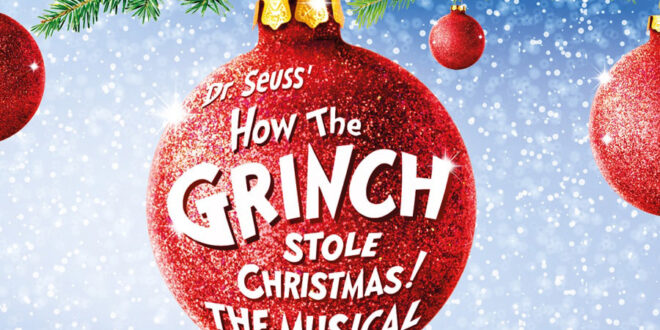 Dr. Seuss’ The Grinch Musical will air from the Troubadour Theater in London on December 9th on NBC television and will feature lyrics by Tim Mason and music by Mel Marvin, as well as Glee star Matthew Morrison in the lead role as The Grinch.  Songs, “You’re a Mean One, Mr. Grinch” and “Welcome Christmas” will also be included in the production, so fans of the classic seem to be in for quite a show.

In what has been an extremely challenging year for us all, it is an honor to bring some holiday cheer into viewers’ homes this December.  My wish is to bring some Who-ville magic to this holiday season and, while the pandemic presents some challenges in bringing a stage production to life, we are excited to present a unique version of this seasonal favorite in a new creative and imaginative way. — Matthew Morrison

The musical version, which has previously been seen on Broadway in 2006 and 2007, features a book and lyrics by Tim Mason and music by Mel Marvin.